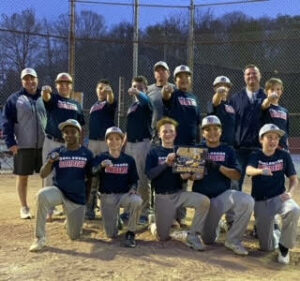 12U Bombers
The 12U Bomber Blue, coached by Matt Welp, were the Champions at the USSSA King of the Mound Tournament. They also came in 3rd place in the Turf Madness Tournament at Grand Park. They are currently ranked #2 in the state in the Central Region 12U Division. Way to go, Bombers! 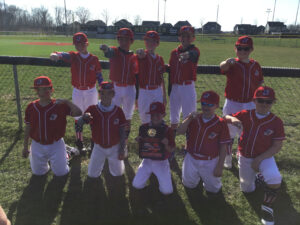 11U Bombers
The 11U Bombers, coached by Chris Eads, were the Champions of the Bunny Bash Tournament. They went 3-0 and brought home lots of hardware! Well done, Bombers!

10U Bombers
The 10U Bombers, coached by Josh Pearson, won the NYB Fall Travel League Championship in October 2020. They finished 10-2 and defeated the Indiana Bulls White 11-4 in the Championship game! Awesome job, Bombers!

Full-Time Travel Spring League at OYO
OYO’s 9U and 10U full time travel teams have been participating in a spring travel league right here at OYO on Sundays. After week one, the Bombers were undefeated and in first place in both divisions. Bombs away!

We are so proud of all our Bomber travel teams! Bomber Up!